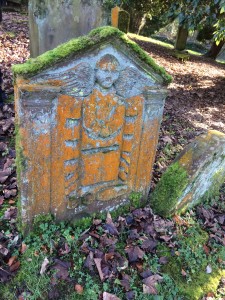 Did you know, there’s a hierarchy relating to who calls the shots organising a funeral – unless you’ve set out other preferences in an “arrangements on death declaration”?

This came to my attention when friend of Final Fling, Hilary Peppiette, shared a summary of the Burial and Cremation (Scotland) Act 2016 – the most recent legislation affecting burial and cremation in Scotland.

Section 65 is the section of most interest for most of us. It makes provisions for an individual to nominate the person he or she wishes to be responsible for making the funeral arrangements, in an ‘arrangements on death declaration’. This can be set out in a Will or in a separate document. If no such declaration has been made, or if the arrangements set out in the declaration cannot reasonably be given effect to, the nearest relative may make the arrangements for burial or cremation.

Who calls the shots organising a funeral?

There is a very specific list showing the order of relatives entitled to take charge. It goes:

Relationships of half-blood are treated as relationships of the whole blood, and step children are treated as children of the adult. Where more than one person falls within a category, each person in that category ranks equally. Under 16s are not taken into account, and nor is anyone not wishing to or not able to make the arrangements, nor anyone who it is not reasonably practical to communicate with in time.

This list will be helpful in controversial situations by providing a very clear framework. Interestingly, ‘bidey-ins’ (Scottish term for people who live together) are very close to the top of the list. If the controversy can’t be settled by reference to the list, anyone claiming an interest may make an application to the Sheriff Court for direction.

Even if an adult doesn’t have particular funeral wishes to include in a Will, if problems are anticipated, an Arrangements on Death Declaration may well be very helpful.

The rest of the Act is most likely to be of interest to solicitors and members of the public in unusual situations, like arranging exhumations, disputes about arranging funerals and erecting headstones. It mainly affects authorities – like Councils – who manage and deliver these services. The intention of the Act is to provide a modern, comprehensive legislative framework for burial and cremation and other funeral issues. It also addresses concerns arising out of a number of recent scandals and controversies concerning the disposal of remains. For example, the Infant Cremation Commission was established by Scottish Ministers in 2013 in response to historical practices at some crematoria in Scotland in relation to the cremation of babies. The ICC report made a number of recommendations to improve practice, many of which come into effect in the 2016 Act.

The Act also contains provisions that allow Scottish Ministers to introduce a licensing scheme for funeral directors. One to watch.

Make sure you’ve tracked your funeral wishes in your free Final Fling account. Start a free account now just to say who you want to organise your funeral. It takes seconds to write a post.

Hilary is a solicitor with Allan McDougall Solicitors in Edinburgh dealing with Wills, Trusts and Powers of Attorney.