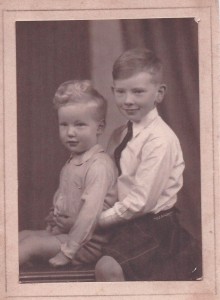 This week John Birrell shares news of an important event in November that will focus on society and grief.