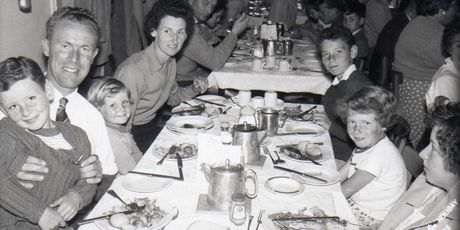 Spirituality is, in essence, what gives our lives meaning. There’s often a bit of confusion about the term – it gets confused with ‘spiritualism’ and is often used interchangeably with ‘religion’.

Spirituality is connected to life’s big mysteries… nature, the power of creation, the human condition. Spiritual experiences can come from walking in the woods, reflective time by the sea, breathing in cold crisp air, connecting with a loved one. In all cultures, sacred stories, proverbs and rituals around death exist have a spiritual significance that helps us understand life and face death.

There is a powerful connection between spirtuality and life and death matters. The profound feelings that can accompany dying and bereavement often work on a different plane to day-to-day emotions. We may need spiritual solace as well as emotional and physical kindness.

Recognition of these spiritual needs are increasingly important in today’s world. Religion and authority don’t hold the place they used to. A survey from the Christian charity Tearfund showed that out of 7,000 adults throughout the UK, only 15% attended a Christian church at least once a month, with a further 10% attending somewhere between once a month and once a year. Christian Research, the statistical arm of the Bible Society, claim that by 2050 Sunday church attendance will fall below 88,000, compared with ten times that now.

Research by the University of Manchester shows that young people are less religious than older people and show no signs of becoming more religious as they grow older. If this trend continues it’s likely that, over the next few decades, non-religious funerals will become more common than religious ones.

Our section on Death Rituals is peppered with a light sprinkling of some aspects of different belief systems and their death practices. It’s all way too big to go into in these pages.

Spiritual care is a critical part of care at the end of life. To date it has been neglected in research. Now a European taskforce is conducting an online survey of among professionals to identify priorities that will inform future research and service planning. Researchers, palliative care workers were invited to complete a survey in May 2012.
The Institute for Research and Innovation in Social Services (IRISS) have published rich information on the topic of spirituality.We particularly like their 5 definitions – directly reproduced below:Five ways of thinking about spirituality include: