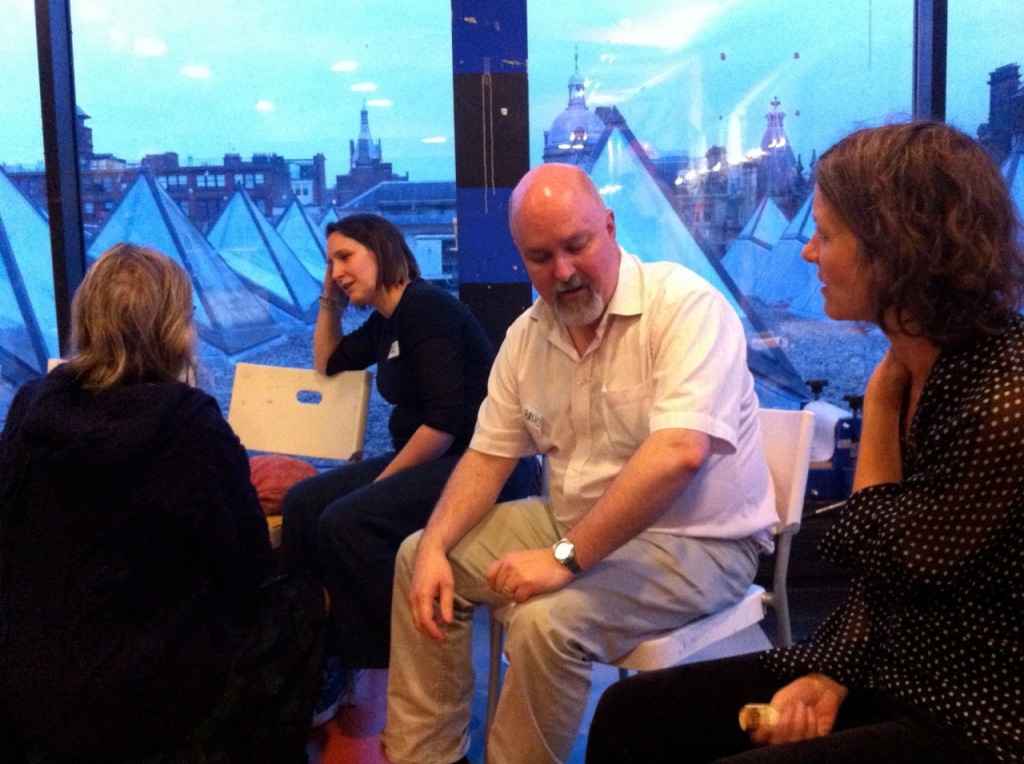 Final Fling held a Death Cafe of Remembrance on Saturday to mark To Absent Friends week.

Our Death Cafe of Remembrance was fully booked, we squeezed in a couple of people who turned up on spec and host, Barbara Chalmers was joined by 3 artists who had taken part in Final Fling’s Day of the Dead Festival last year and joined us again this year to talk about creative ways of remembering:

Erin Scrutton, (above right), percussionist, who had composed and directed the performance Death Rattle:

Artist Greer Pester who had run a shrine-making workshop:

Sound artist Nichola Scrutton who had devised a piece of sound art for Day of the Dead festival called HearAfter:

All participants had been invited to bring along an object or photo that came to mind when they thought about death, loss, remembrance.

Nic played a recording of friend of Final Fling, Adrian Howells, who devised a one-to-one performance Unburden: Saying the Unsaid for last year’s Day of the Dead event. 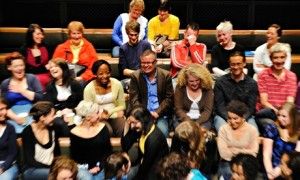 The artists talked about using sound and objects to help remember, create markers. The group talked about the powerful role music can play in memory – among those losing connection to their memories as well as for us reliving happy times. (See our post, Alive Inside, about music’s miraculous ability to reconnect people with dementia or Alzheimers to their own memories.)

Participants generously shared stories and passed round photos and objects. We laughed. Some cried. There were bursts of storytelling and short periods of silence. We covered all manner of topics on the broad spectrum that is life and death: stillbirth, suicide of an adult child, suicidal thoughts, suicide of a friend, loss of a father before birth, sudden loss of a partner, anniversaries, how children respond to a death, inspiring people who live on after death.

Here’s what our Death Cafe of Remembrance participants said:

“I can’t remember when I was last among such a thoughtful, interesting and interested group of people”

“I was so pleased to attend”

“like-minded people appeared as ‘normal’ as us!”

“reasoning and ambience of the gathering – wonderful”