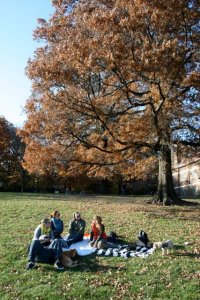 You are invited to mark the day in your own way.

Since 2011, groups in the UK and internationally have met on the last day of November to hold memorials for extinct species. There have been several ceremonies for the Great Auk (d.1852), including a burial at sea and funeral pyres in coastal Wales and Scotland. In Belgium, families lit candles for disappeared native butterflies. In Brighton, paper flags inspired by Mexico’s Day of the Dead were waved in a procession for the Caribbean Monk Seal (d.1952). 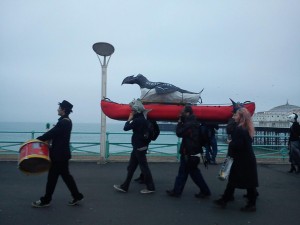 Remembrance Day for Lost Species is driven by a growing coalition of artists (the Life Cairn, Feral Theatre, Ghosts of Gone Birds), arts educators (ONCA, Flow UK), celebrants (Peter Owen-Jones) and writers (Nick Hunt, and US-based Joel Greenberg and Megan Hollingsworth). It is also supported by the MEMO project. WWF recently reported in its Living Planet report that Earth has lost half its wildlife in the last 40 years. However, worse is to come as climate change and habitat loss are leading us into the Sixth Mass Extinction. Now is the time to create new rituals for remembering and mourning what we have lost, and for celebrating and making commitments to what remains.

This year, the organisers aim to establish Remembrance Day for Lost Species as a well-known fixture in the cultural calendar. Coordinator Persephone Pearl from Feral Theatre explains: “We all know what a huge centenary 2014 is for war remembrance. What a lot of people don’t know is that it’s an epic extinction centenary as well. The last passenger pigeon died in September 1914. This species was once the most numerous bird in the world – eyewitnesses described flocks that took three days to pass overhead! Yet even such a significant and iconic extinction is largely forgotten now. Telling extinction stories on Remembrance Day for Lost Species is important not only as a way of keeping their memory alive, but as an opportunity to honour and grieve for what has been lost at our collective hands.” 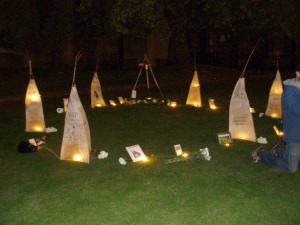 Everyone is invited to hold a species memorial event, or to join one near them, on November 30th.

The Life Cairn: An international group that builds stone cairns as a focus for memorials to extinct species, established in UK by Andreas Kornevall and Peter Owen-Jones with support of Vanessa Vine

Ghosts of Gone Birds: An ongoing art project to breathe life back into extinct birds

ONCA: One Network for Conservation and the Arts, a Brighton-based gallery and educational organisation

Flow UK is a cultural learning consultancy based in London, led by Bridget McKenzie

Nick Hunt is editor of the Dark Mountain blog, and author of Walking the Woods and the Water

Joel Greenberg is author of ‘A Feathered River Across the Sky’, one of the leaders of Project Passenger Pigeon and co-producer of “From Billions to None: The Passenger Pigeons Flight to Extinction.”

The MEMO Project is an iconic architectural project on the cliffs of the Isle of Portland, to build a permanent memorial to extinct species overlooking the ‘Jurassic Coast’ World Heritage Site