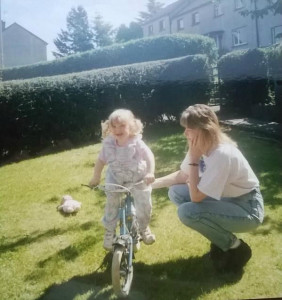 This week, Emily McLaren blogs for us about paying for a funeral and how crowdfunding could be a major innovation in funeral finance.

“While many funerals still retain a fair element of tradition, it’s fair to say that the way most of us view the ceremony itself has changed over time.  One big development has been the  shift in focus towards the positive – as a recent article in the Funeral Service Journal reflects. It states that “54% would rather have a celebratory send-off than a simple church service with hymns”. Described this as a “major cultural shift” – there’s a strong likelihood that it’s also linked to how as a society we have become much more open, individualistic and expressive compared to past eras. A good example of this expressiveness is the use of social media. In an April 2015 article entitled “Social Media “state Planning” the funeral service plan provider Golden Charter asked an interesting question – “will Facebook profiles become the digital gravestones of the future?”. While there’s no clear answer to the question, the fact that the social network now allows people to nominate a ‘digital executor’ to look after their Facebook profile when they really goes to show just how integral a part of self-expression social media has become.

Over the past couple of years there have been some interesting stories in the media around crowdfunding. Essentially it’s a very old idea – money raised by collective means towards a shared objective. But with internet sites as crowdfunding platforms, the phenomenon has grown exponentially – with all kinds of projects getting off the ground, from technology products to media such as films and recorded music. So maybe it was only a matter of time until people had the smart idea of using crowdfunding to finance funerals. For one thing, funerals aren’t cheap – and the average cost of a funeral actually rose by a not inconsiderable 80% between 2004 and 2013. Add in the fact that many of us are strapped for cash these days, and it makes a whole lot of sense.

However, while this is no doubt a modern and efficient way to raise money, it’s not entirely without risk. As Forbes magazine points out, the money won’t necessarily materialise just because crowdfunding has been set up. And while there may be strategies for encouraging people to donate, many older people believe – according to Forbes – that their peers “should be prepared for their passing” whether that’s with money saved up or a prepaid plan to cover the costs.

There’s no doubt that we’re in the middle of revolution in finance that’s all down to technology – we can pay for goods using a contactless credit card transaction, we can borrow (or lend) money through peer-to peer lending, and so on. But will crowdfunding replace traditional forms of finance for funerals? That remains to be seen. But for now, it definitely looks like crowdfunding is a credible option.

See more on funeral costs, funeral plans and other ways of paying for a funeral.

One thought on “Paying for a funeral: crowdfunding”