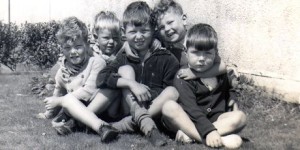 I had a chat today with a Final Flinger about how to pay for a funeral for a friend.

He’s dying. She’s supporting. Both are worrying about how to pay for the funeral. And that’s the last thing they should be worrying about right now when they have just a little time left together.

A friend of mine had his funeral just before Christmas. It’s cost his family £6,500 for a completely standard service. It’s too much. And we know that most people still don’t check prices for fear of looking like they are being mean when all they want to do is honour the person who had died in the biggest way open to them.

So I talked with my Final Fling friend about all sort of funeral ideas that are available that might help avoid a huge funeral bill.

How to pay for a funeral for a friend

Fundamentally, there are two ways of covering the costs of a funeral:

Reduce the costs of the funeral

That shows the huge gap between the actual costs at the moment and the benefits available.

It’s a political choice in my view. We could end funeral poverty by gathering National Insurance payments throughout our working lives, affording a State Funeral at the end. That’s what I was looking at in my Masters last year.

Got other ideas? Please share and we’ll blog to others.