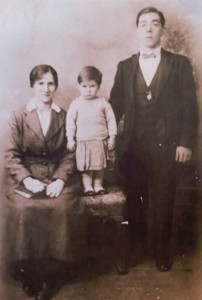 Making a Will gives you a say after you’re gone, says Lisa Davies at SinclairsLaw – one of the specialist advisers on Final Fling’s Marketplace.

A man walks into a solicitors office.

“It’s perfectly straightforward”, said the lawyer. “Just answer a few questions then leave the rest to me.”

“I quite like you,” he said, “but I was planning to leave some of it to my wife.”

“Whilst this is clearly a joke, you may be surprised at how much the process of Will-making is misunderstood, or even feared,” said Lisa. “Some people can be anxious talking to lawyers in general, but a big part of the worry and reluctance around Wills may be not wanting to consider your own mortality – and Will-making forces you to do just that.”

SinclairsLaw aim to take the stress out of Will-making.

“Whatever you want to do with your estate, a properly drafted Will is the only way to ensure that your wishes are respected and things run smoothly.  Surely that is worth spending a little time and money to get right before it’s too late?”

Lisa tells us that people also leave strange legacies or have unusual ideas about the distribution of their estates.  These include:

Other ways your Will gives you a say

You can also attach conditions to gifts in your Will, and many people have done just that; like Jack Benny (who was one of the most successful celebrities of the mid 1900s). In his Will, he left a florist a large sum of money with the direction to send his wife a single long-stemmed red rose every day for the rest of her life. By the time she died nine years later, she had received upwards of 3,000 roses.

More perniciously, Samuel Bratt’s wife never allowed him to smoke his favourite cigars, so when he died, the embittered returned the favour. He left her £330,000, but to get it, she had to smoke five cigars a day.  German poet Heinrich Heine famously left his estate to his wife Matilda in 1856, on the condition that she remarry, so that “there will be at least one man to regret my death”.

Lisa Davies is Head of Wills & Probate (Wales) at SinclairsLaw in Cardiff.

See more about the importance of having a Will: