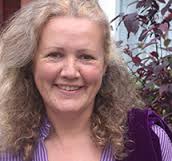 Ever since I can remember, I’ve been dying to live… each and every moment, every day.

I tend to spring out of bed, raring to go… I want to race on… hot shower, cold shower, skelp round the park, straight to work, a rich mix of life and work, creativity, drumming, friends, eating, art, walking, films, chilling, cooking, connecting, thinking, planning, doing.

However, I’ve got to admit, I’m a bit crap at just BEING. One of 6 siblings and with two (now grown) children I’ve always like the biz, enjoy plenty action, love people and noise and surprises.

So I’ve been stopped in my tracks today.

Archa Kate Robinson phoned. We’d been connecting by email. She’d asked if I could post her Dying to Live workshops on Final Fling’s Events section. I’d said ‘yes, great, fire me over the copy’. And that’s as far as I’d thought about it.

With Archa on the end of the line, now I focussed on what we were talking about. I clicked the link to the Dying the Live workshops she runs. Wow. Fri-Sun silent retreats, contemplating and exploring life and death creatively in a gorgeous environment supported by skilled people – Acha and team.

For someone like me who likes to chat, silence is a challenge. For someone who usually identifies as part of others – team, family, kids, band – being just me feels… dull actually. And for someone who actively pursues ‘doing’ rather than ‘being’, a silent retreat and just sitting thinking would be some powerful self-development.

I think maybe Dying to Live workshops could be today’s gift for me.

So I asked Archa more about them. “Dying to Live workshops are for anyone who’s facing death in the next 90 years,” she said, full of spirit and oomph. That immediately hooked me in. I like her vibe. She’s very Final Fling.

“We’ve had 18-86 year olds on our workshops. One GP who came along said “this should be compulsory” because of the rich experience she’d had that opened her up to other ways of thinking.”

Archa has been a sister on a cancer ward, so she knows her stuff when it comes to life and death. Like me, she wants to transform cultural taboos around death and dying. That’s what the workshops explore.

Intrigued by the mechanics of a silent retreat, I had to ask how that worked, already wondering how I’d manage.

“We greet people on the Friday over supper – usually around 12-15 folk – then the workshops and tea breaks run in silence. At dinner on Saturday, you can elect to wear an ‘in silence’ badge if you want to stay silent. If you want to chat, look for someone else without a badge that wants to talk too. Everyone gets their own space for workshops – a nest of cushions that’s theirs for the weekend. They get a notebook to splurge ideas and reflections. And there’s no sharing. They’re your private thoughts.”

The workshops involve dance, art, meditation and visualisation – an exploration of self, life and death. By all accounts it’s a completely liberating experience.

So whether you’re dying to live or really, really not – maybe you’ve lost your way because of hard times, emotional stress, confusion, illness – we think you ought to treat yourself. Dying to Live workshops take place in Dorset in November and Cornwall in June. Book now for early bird rates.

PS we’ve invited Archa to blog for us about her amazing experience of taking control when her mum died in hospital. More later.