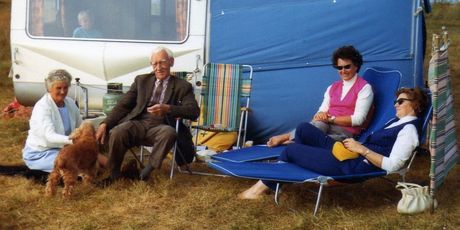 There’s a project in Scotland call Playlist for Life that is campaigning to raise awareness about the importance of music in combatting memory loss.

Playlist for Life was founded by journalist and broadcaster Sally Magnusson (daughter of Sir Magnus of the BBC Mastermind leather chair). Sally lost her mum to dementia. Playlist for Life aims to remind us that we all need to take personal responsibility to caretake our own old age so do this for yourself NOW!

Read Sally’s book Where Memories Go: Why Dementia Changes Everything

Below is  an incredible uplifting, moving and inspiring documentary called Alive Inside about the miraculous power of music in accessing memory and reinvigorating people lost to dementia or Alzheimers.

I’m not over-exaggerating when I use the word ‘miracle’.  And it wasn’t that Biblical once-in-a-lifetime kind of miracle but a reliable, repeatable miracle that happens over and over again, consistently when people who have lost all connection to themselves and the world around them plug into music and literally switch on.

If you do one thing this week, spare 6 minutes and 45 whole seconds to watch this excerpt from the documentary made by the wonderful Music & Memory Project in the US:

The infuriating thing about our crazy world is is that despite the bleedin obvious evidence, a doctor can prescribe medication for a patient that might cost £1,000 and have no reliable effect but no-one in the system can prescribe a £40 iPod that could transform the life quality of our lovely old folks. And those old folks are US… or will be shortly!

Wish I’d known about that when my mum was at the end of her life, slipping into confusion and fuzzy tunnels of thought. Alive Inside demonstrated that music and memory are so fundamentally connected that we could probably count on a ‘quickening’. Instead of medicating, we could have had my mum up shimmying her sassy Cuban dances, plugged into her old Readers Digest series: Popular Music That Lives Forever: Latin American.

There’s one key thing to note here. Someone needs to know what your favourite music was before you forget. That’s your job! One good reason for using your Final Fling Memory Box. Add a list of your favourite songs. If you want to, you can add why they matter to you, but by all accounts, watching Henry – that stuff will come flooding back with the music.

Alive Inside is part of the project Music and Memory which is attempting to get music on iPods into care homes in the States.

Alive Inside was screened at Glasgow Film Theatre as part of Scotland’s Luminate Festival of Ageing in collaboration with the Scottish Mental Health Film Festival.