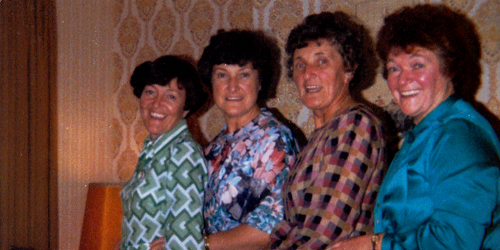 Just like a death in the family, a death in the workplace means there could be a whole lot of unexpressed emotion running through colleagues. It can be hard to think straight. And there’s a logistical and administrative issue that has to be dealt – often by team members who may be struggling to come to terms with a death.

Depending on who’s died, how long they’ve been in the organisation, how high profile their role is, you might need to think about notifying the press, starting a book of condolences, making public gestures of respect. At the very least, you will have to make sure colleagues are informed quickly and don’t hear it somewhere else.

A death in the workplace might happen after a long illness. It can happen suddenly. Someone who was there on Friday takes ill, never makes it back. It could even happen at work and then the authorities and family will have to be notified.

If you are a manager or leader, the team will look to you for guidance.

You have to walk that tricky line of showing a steady hand and if you have the emotional intelligence, allowing others to express their grief. You should be aware that when there’s a death in the workplace, some of the fallout may not seem obviously tied to the death, but it wouldn’t be surprising to have some odd behaviour pop up, some disagreements, some anger displays.

A death in the workplace is often immediately shocking. Those less close to the person who has died may forget quickly that for others, they may have lost someone they’ve spent 8 hours a day with for years. This is like losing family. Even if they didn’t seem to get on. (Think your average, disfunctional family – get the picture.)

The best thing is to take a deep breath, pull in some reliable colleagues who are good thinkers, well respected and well networked in the team and extended teams. Find someone who was close to the person who’s died. They’ll be very helpful to appraise you of contacts and issues you might not be aware of.

Get our Death in the Workplace checklist to help think things through.

See our  Marketplace for coaches and counsellors if you need support from a professional.