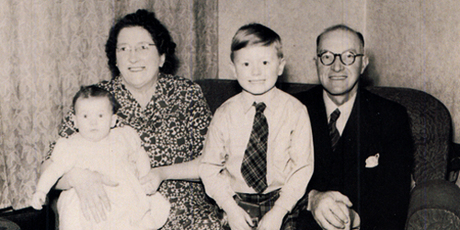 Most people want a good death – a natural death – at home, in peace, ideally drifting off in sleep.

Animals and First Nation people – native Americans – manage this for themselves. They stop eating, then stop drinking water as part of the natural process of closing down. It’s said that there’s a natural analgesic that kicks in to help manage pain and that a natural death can be quite euphoric.

In fact, though 90% of people in hospital would rather die at home, 50% of us will die in institutions, handing our care over to the medical profession. It doesn’t have to be this way. The organisation Dying at Home provide downloadable booklets to support people who would prefer to die at home (most of us, by all accounts). See more about the Dying Well Charter.

The importance of stipulating your wishes in an Advance Decision are highlighted in a recent study in The Telegraph that proved that where people had plans for end of life, unplanned admissions to hospital fell by 43%.  The number of days they spent in hospital compared to people without a plan fell by half – and so did the costs of care. Drawing up an Advance Decision won’t extend your life, but it might give you the death you want. To begin yours, click here.  And research shows that a good death makes it easier for families to cope in the aftermath.

Age UK have identified the following as the principles of a good death:

The National Council for Palliative Care have also been looking at the rights of the LGBT community at the end of life – read more here.

Philip Gould was a political strategist. He liked to be in control. When he found out he had cancer, he commissioned a film portrait of his experience of his dying; the last 2 weeks of life. Fear, courage, facing death, Philip says he was defining himself through death, hoping to inspire his wife and children, coming to terms with life in dying, sharing with others what he was going through. He died on 6 November 2011 and leaves this film as part of his legacy.

See his book: When I Die, Lessons from the Death Zone.

In this next film, Joan Halifax talks about the importance of compassion – one human being relating to another – in the face of death. Compassion is good for all of us; it supports the receiver and strengthens the immune system of the giver. She draws on her 40 years of experience working with dying people in hospices, on death row and training care-givers to explore what true empathy is, the qualities of compassion and its impact in care. (One of many inspiring TED talks)

Read about one woman’s experience of medical intervention and how it impacted on her death in The New Yorker.

Anna Ledgard – one of our celebratory artists, generously shares her experience of her father’s death on our blog.

This excellent blog from At the End of Life talks about the importance of connecting with the body as part of letting go.

Make sure you record your last wishes or thoughts in your Final Fling account.

It’s worth adding an Advance Decision to your Final Fling Safe Deposit Box to keep others straight on your values around dying.

Does a good death exist?

Peg, a music teacher with cancer achieved a good death. She went home. Her ability to be at home, spend time with people she loved around her, pass on a book of music to Hunter, share a hug, say out loud: “you’re special”… that was a good death .

Death – and a good death – was the subject of a Reith Lecture from surgeon and writer Atul Gawande on BBC Radio 4. He calls for “a new approach to the two great unfixable problems in life and healthcare – ageing and death”. His lecture was titled “The Problem with Hubris”.  I had to look up ‘hubris’. It’s extreme pride or self-confidence. You realise that in this age when we can’t event accept wrinkles and saggy bits, just how hard it must be for folk to accept death. Even Madonna can’t get one of her people to do her dying for her. We have to do our dying ourselves. Atul shares his thoughts through the story of his daughter’s piano teacher Peg, facing up to cancer, accepting her mortality.

What’s not a good death?

Atul talked about how hard it is for the medical profession to deal with death. They are there to save lives after all. Many professionals aren’t good at talking about death. Actually, he is pretty good at it. But he realised just how much he talked at patients rather than listen to them. He discovered that it’s not rocket science. Creating the opportunity for someone to be heard is key. If you want to help someone achieve a good death, ask them what they need! Learn what matters in life – besides just surviving.

Friend of Final Fling, nurse and death doula Rebecca Green agrees: “A conversation about death should be tennis, not darts.” Rebecca and a range of professionals in health, care and counselling share tips on how to talk about death and dying in a Final Fling film on You Tube. At the end of it, Rebecca shares a poem called Listen -reinforcing Atul’s point.

If you have thoughts about what your final Wishes would be for your care, please capture them here and share with a keyholder. Don’t leave it too late.

If you want to make it more formal, fill in an Advance Decision or Directive.