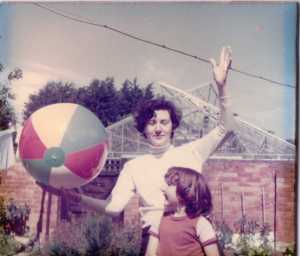 This isn’t information for professionals or people with a specialist interest topic. This is a human being alert! The Assisted Suicide Bill in Scotland is going through its motions. MSPs will have a free vote in May 2015.

Many of us will live longer – but it may be quantity rather than quality we get. If you want to be in control, be informed and let your MSP know your views. It could matter to you more than you think.

Not sure where you stand on this very emotive subject? Watch this short, clear film.

The Bill has just been before a Committee that found some of its terms a bit woolly for their taste. That’s not helpful, given the subject matter. (In our view, even calling the Bill “Assisted Suicide” is emotive, rather than the England/Wales more sensible “Assisted Dying“. See more thoughts on terms.)

Since our MSPs should be out and about on the streets at the mo, collar yours and ask how they’re voting. Get to know the facts first so that you know what you think.

This excellent document called A Matter of Facts that might illuminate your own clouded thoughts.

Where we are now on Assisted Suicide

The Assisted Suicide Bill was originally proposed by Margo Macdonald MSP, who sadly died in 2014. The baton was picked up by Patrick Harvie, Green Party MSP. The Bill aims to allow those with terminal or life-shortening illnesses to get help to end their lives if they’ve had enough. A Committee has just reported to Parliament on the general principles of the Bill. See the full report on this stage.

“A majority of members of the committee opposed the general principles of the legislation. But they have decided to let the whole Scottish Parliament decide whether or not to throw out the measure. MSPs on the health and sport committee said it would need “significant amendment should it progress through the parliamentary scrutiny process. But they said that, given that the issue of assisted suicide was a matter of conscience, they had chosen to make no formal recommendation to parliament on the bill.”

The Scotsman, commenting on the 30 April Committee’s views helpfully concluded:

“…the difficulties highlighted by the committee should not be used as an excuse to bring Holyrood’s consideration of assisted suicide to a close. Surely it cannot be beyond the wit of a just and caring society to allow sentient individuals in terrible circumstances the rational decision to ask for help in bringing their lives to a dignified end – a good death denied to them by their declining physical state.”

On 13 May, the Court of Session in Edinburgh hears the case for Gordon Ross, a severely disabled grandfather who wants the right to be helped to die as his Parkinson’s disables him further. His fear is that, should a time come when he has “had enough”, he will not be capable of ending his life without help – unlike an able-bodied person. “I believe that, as a disabled person, I am currently being discriminated against. Anyone else, in any circumstances, can choose to end their own lives at any time. Because of my disability that is something I am unable to do. I do not wish to end my life, I want it to go on as long as I can. However, if my condition deteriorates to the point that I do want to take that action, I want to know what action the law might take were someone to assist me.”

Find out more for yourself and please, be active, not passive about your own life choices.

See more from the campaign group: My Life, My Death, My Choice.

See more on Assisted Dying in the rest of the UK, from the campaign led by the wonderful Dignity in Dying.

In 2013, Final Fling teamed up with Trudon in South Africa to trial Final Fling SA. This was championed by Rob, who ‘got it’. Unfortunately when Rob left Trudon, FFSA floundered. Hey ho.

However, South Africa generally is pretty hot on life and death issues and in the news from Pretoria in April 2015 we heard that the High Court in Pretoria granted a court order allowing Robin Stransham-Ford, 65, a former advocate suffering from prostate cancer to have his life ended. His lawyers argued that continuing to live in pain and suffering infringed his constitutional right to dignity. The case was supported by organisation Dignity SA. Read their blog.