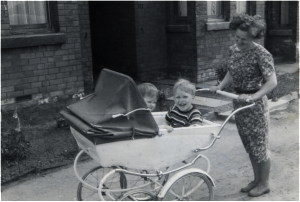 20 years of debate on, the British Medical Association is discussing the results of an 18 month long survey into doctors’ views of Assisted Dying. And to help shine a light on the topic, BBC Radio 4’s Moral Maze broadcast an debate on Assisted Dying this month.

The format of Moral Maze is broadly philosophical enquiry… people with informed and opposing views present their views and are challenged to support and expand their views.

So we get this range of views from quizzers and experts, including Doctors Yuill and Irwin to mulch over:

50 million Americans live now with Assisted Dying laws. Canada has just passed a law that allows for voluntary euthanasia for sufferers of serious medical conditions. There’s no crime of Assisted Suicide in Scotland. The House of Lords support their support for the Falconer Bill in the UK. 82% of the public support an Assisted Dying Bill and yet we still don’t have the laws in line with public thinking.

Our friends at Dignity in Dying, the campaigning group, humanely complain that meantime, while the debate rambles on, dying people continue to be forced to take matters into their own hands.

“More than one Briton a fortnight travels abroad to die and a further 300 terminally ill people take their own lives behind closed doors. The BMA should stop ignoring dying people, the wider British public and its members on this issue.”

The BMA – the doctors’ union – has flipped its views on assisted dying over the years and regularly debates the issue at its annual conference. Their 18 month survey brings together a body of research to look at these important issues and will be voting on it at their conference.

At this stage in the UK, you can’t ask for Assisted Dying if you end up in unbearable suffering. However you can create a Living Will or Advance Decision so that you can advise those who care for you about your preferences, should be unable to share your views and values. Save a copy of your Advance Decision in your Safe Deposit Box and share with your trusted Keyholder.