This week I’m making an urgent request to pick up a pen and urge members of the House of Lords to support The Assisted Dying Bill on 7 November. A short personal letter could change the world.

AND IF YOU CAN GET THERE ON 7 NOVEMBER, JOIN THE DEMONSTRATION OUTSIDE PARLIAMENT.

The Assisted Dying Bill would give us the right to choose to end our life if we felt its quality was so diminished that death would be preferable and two doctors agreed we were of sound mind and able to make an informed choice for ourselves. 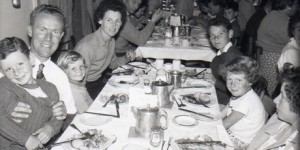 The thing that’s got the Assisted Dying Bill this far is the sheer weight of support from ‘ordinary people’.

So I’ve just done something I haven’t done in a long time. I picked up a pen and wrote. I thought it would take a while but you know, it was far quicker than emailing. Somehow, a ‘quick email’ often takes a lot of thought and goes through several edits. I just wrote from the heart and in a matter of minutes, I had 3 letters written, enveloped and stamped, ready for posting.

I had been prompted by the excellent communication on the Assisted Dying Bill from Dignity in Dying, a campaigning organisation. Their messages are so clear and so helpful on this very complex subject.

They advise to write to:

I’m not in the least bit interested in their titles (The Rt Hon) nor their gongs (CBE) but I’m very interested in the power and influence they hold in our society. So with a “Dear Lord [name]…” I told them my personal experience and why I want them to support the Assisted Dying Bill.

Here’s why I care.

After my dad had had a couple strokes, he asked me if I’d “take him to Switzerland” if he had another. Of course I said yes.

Gladly/sadly, I didn’t need to make that gruelling trip with him. He died on home soil, the land he’d tilled as a farmer, the land he’d walked thoughtfully, where he’d played with his much loved family, the land he’d painted and written poems about, where he’d lived out his happy, full life. I was able to sit holding his hand, singing and chatting to him through the night before he died. It might have been very, very different. I’d have had to put myself at risk to help him.

I believe we should have control over our decisions and out fate right until the end – and the ability to end our life if that’s our choice.

If you agree, please write a letter of support. Ask these Lords to attend the vote in the House of Lords on 7 November and support the Assisted Dying Bill. Tell them why you care. It doesn’t need to be long and complicated – just honest and true.

Some reasons why the Assisted Dying Bill is worth supporting:

Let the peeps at Dignity in Dying know that you’ve written to the Lords. 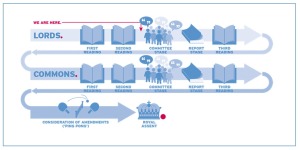 There’s a long way to go. Use your voice to help us get there.