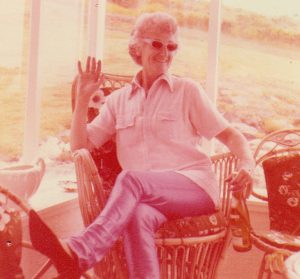 Looking for funeral readings and poems? We can help. And you can write your own. You don’t need to be that great at writing. Honest. See how to create a tribute to an Absent Friend below.

With the anchor of a celebrant or faith leader, family and friends can pay their respects by taking turns to speak or read to make a funeral personal.

For some, funerals are a private, family affair, very low-key. For some, tradition is key, with a wake held at home and rituals and traditions guiding behaviour. When a key figure in the community dies, a funeral can become a community event. This is especially true for young people where a whole school may be caught up in mourning and paying respects.  For others, faith leads the way at a difficult time, with bible readings, hymns and prayers. These days, you are as likely to hear a poignant poem as a bittersweet singalong – like The Beatles’ All You Need is Love.

Make it easy for others – leave a note of any favourite poems or passages you’d like read at your funeral in your Wishes. You can also capture key facts about your life, a potted history, highlights and anecdotes in the Memory Box – hugely helpful to someone writing a tribute for you when the time comes.

The book Poems and Readings for Funerals has a broad range of ideas.

The website Funeral Helper has a huge library of readings for funerals.

Poet Mary Oliver has a wonderful touch – very connected to nature – for non-religous but spiritual poems. Carol Ann Duffy, Poet Laureate, writes a rich mix of deep, meaningful and light funny poems. Her work is delicious in its careful craft but for all its genius, it’s also really accessible… it’s not going to put people off or make them feel stupid.

Great writers have created powerful and moving lines about the deaths of loved ones that are often quoted at funerals.

Tennyson spent 17 years writing In Memorium for fellow writer and great love Hallam after his early death. It deals with loss in depth and breadth and captures his experience of the pressure from others to ‘pull yourself together’. Queen Victoria found the poem a great help when she lost Prince Albert. In Memorium contains the oft quoted lines: “Tis better to have loved and lost Than never to have loved at all”.

Another well-kent poem – that featured in Four Weddings and a Funeral is WH Auden’s Stop the Clocks, which he wrote for partner Christopher Isherwood.

“Peace, peace! he is not dead, he doth not sleep, He hath awakened from the dream of life…”
Mick Jagger read this from Shelley’s Adonais at a memorial concert for Rolling Stones drummer, Brian Jones at London’s Hyde Park in 1969 before a crowd of 300,000.

We asked people in the street what words or passages they’d like at their funeral.

People who are not religious often use poetry for readings at a funeral, interment, memorial or ash scattering. Some are very simple and others profound and mysterious.

See samples of poems and readings for funerals.

Absent Friends: create your own tribute

Our favourite wordsmith, Stuart Delves of Henzteeth, gifted us this idea. It’s a simple way to create a powerful and very personal tribute to someone. He calls it a Metaphor Poem. You can make your own and read it at a funeral, put the words on a gravestone or post it on Final Fling’s Notices & Tributes.

Here’s mine for my mum:

She was duck egg blue and crimson haze slapped on with a thick brush
She was turquoise lurex tucked into wellies, slapping as she walked
She was a bright red shiny bike, good as new and parcelled up from Santa
She was primroses in the Spring, cheery and daring, braving the cold
She was a 70s music system, all knobs and dials, a party in the offing
She was sparkling Appeltise, clear and bright
She was a dawn chorus, a sunrise, a good drying day
She was a comforting whisper, a peal of laughter and a Tarzan yodel.

And thanks to my friend Fiona for sharing hers for her mum.

She was peacock purple, shrill and glinting
She was silk in Seventies kaftan, wafting
She was a dinghy – fast flowing, rescuing
She was gladioli tall and sword, sheathed
She was a stool, home-upholstered bolstering
She was a long Martini, sun-drenched, cheering
She was too early in the morning ever present
She was a key in the lock – home renewing

She was the wallpaper from a 70s sitcom
She was a patterned dress, an artist’s smock and overalls with yellow marigolds at the ends of painty sleeves
She was a pony and trap on a holiday beach
She was a bunch of crysanthemums on the windowsill
She was formica and glass, tall stools and kitchen worktops
She was Cremola Foam in a novelty glass
She was lunchtime
She was song, vibrant and bold

She was crimson with passion and rage, like her hair and her lips
She was a fake fur coat; warm colourful and attention seeking
She was the TGV, always moving with panache and at high speed
She was a tulip, full of temporary vitality and colour
She was campari and fresh orange – not everyone’s cup of tea!
She was late morning on a Sunday, in the yard with a croissant and coffee, and some sunshine
She was a melody on a piano. Short and sweet.