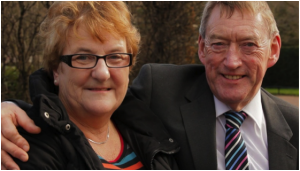 Tony and Dorothy Bonser lost their 35 year old son Neil to cancer. In the four years since, they have periodically received communications for Neil, despite having informed the organisations involved. Tony tells us about the couple’s upset and frustration.

(And below, see the info for Tell Us Once – the government scheme to make sure people don’t have repeat information endlessly when a family member dies and they have to notify authorities.)

“It began when a card dropped through the door of Neil’s flat, asking him to attend the hospital to discuss his oxygen requirements. 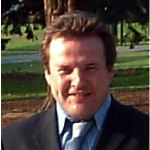 “We had been very appreciative when a Macmillan nurse asked Neil what he wanted, then made it possible to happen, to die in his own flat. The hospital had discharged him to his flat just eight hours before his death, and had supplied him with, among other equipment, portable oxygen. After his death, as no-one had enquired about the oxygen, and as I assumed it was a valuable resource, I had taken it back to the ward from which he was discharged, and found myself unable to cope with the emotion that this visit triggered.

“I could hardly believe it when the card arrived. We soon found out that this kind of intrusion into our grief was to become commonplace, but our reactions were very different. For both of us it was intensely emotional, bringing back all the raw pain of loss, but whereas Dorothy became deeply distressed, I became coldly angry – really not my nature. The distress surfaced later. So I phoned them and told them he had no oxygen needs. Why? “Because he’s dead!” I intended to shock. I was deeply shocked myself.

“My feeling was, and still is, that the hospital had a duty of care to us, Neil’s family, which they evidently did not carry out. They had not even flagged his death on their internal record system.

“But this was just the start. The cancer hospital which had been treating Neil sent a card asking why he had missed an appointment – more than a month after his death. I phoned them too, telling them exactly why he missed it. It may have been unkind of me, but it helped release my anger and made me feel better – and a little less bitter. We feel strongly that someone – the GP or the local hospital – should have informed the cancer hospital. They knew from his records that he was being treated there. It certainly shouldn’t have been us.

“One of the most bizarre incidents concerned a building society. Neil was fiercely independent, and had desperately wanted his own place, so about four years before his death we arranged for him to move into a flat in the centre of Preston. We put down the deposit and paid the mortgage, but it was in his name and he wanted to pay us back.

“But four years after his death we contacted the building society to find out the balance on the mortgage. We hoped, wrongly, that we had sold the flat. They refused to talk to us. When I enquired, I was told that they could only discuss it with the mortgagee – the person whose name appeared on the mortgage. They had been sent a copy of the death certificate, and acknowledged that they had received it, but rules were rules. I explained that it was impossible and why. They were adamant. In the end, I asked to speak to their medium. Why? Because they are the only people who can get in touch with him. Why? Because he’s dead. Again, with hindsight, it was probably wrong, but it made me feel better. At this stage, the woman I was talking to suggested she should try to access the old computer system.

“When she did, she found all the information about Neil’s death and its verification there, but it had never been transferred. The really sad aspect of all this is that at an early stage, soon after Neil’s death, we were put in touch with the building society’s bereavement department, who were lovely, so understanding. What a shame that their front-line staff hadn’t had a bit more training.

“The mobile phone company was marvellous. When I contacted them, they said, “We’ll close the account straight away. You won’t get any more letters or bills.” I asked: “What about the amount outstanding?” “Don’t worry about it,” they said, “It’s not much. We’ll write it off.”

“Television was another matter, though. We phoned them and told them that Neil had died. Provided them with a copy of the death certificate, as we did with everyone. Six months later a note came through addressed to Neil warning him of the dire consequences of not having a TV license. I phoned.. A voice told me they might be recording the conversation for training purposes. I hoped they were. They apologised. It worked. The next warning letter was addressed to “The Occupier.” I phoned again and assured them that I would let them know if we sold the flat They apologised and said they would tag the file. Six months later, another card, another phone call. Another promise. Six months later… This time the threat. And so it went on. I have just read the latest note which says they have opened an investigation as their inspector could not gain access. I have suggested that they come round and look through the window. The flat is evidently empty. There is no TV. They have promised to leave us alone for six months, after which…

“Pain, anger, guilt and resentment are part of grief, and can’t be entirely eliminated. Perhaps they are a necessary part of coming to terms with loss. But unnecessary pain, caused by bureaucratic incompetence, carelessness, lack of understanding or just laziness can never be acceptable.

“What do I want? All Government departments and sections of the NHS to sign up to ‘Tell Us Once’. This is a scheme to ensure that bereaved families don’t have to repeat information endlessly when it can easily be transferred from department to department. I know computers don’t always talk to each other, but people do. What can’t be done by direct data transfer can be done by phone or email.

“Just a dream? I don’t think so, and I do believe that if we could get this right, it would have far-reaching effects on the happiness and mental and physical health of many, many people. If there is no other reason for making these changes, then think of this – it could help prevent unnecessary stress and illness among carers and relatives. It could save time off work, visits to GPs and consultants, prescriptions and probably save a great deal of money and so much pain.”

Tell Us Once: what it offers

Tell us Once will notify all public services on your behalf when someone dies. You tell them and they tell other departments including Council services. It’s free to use.

There are 3 simple things to know:

Who Tell Us Once notifies:

Michael Murphy from Tell Us Once would love to hear from you if you think you can help spread the word or if you could use leaflets and information about the service.