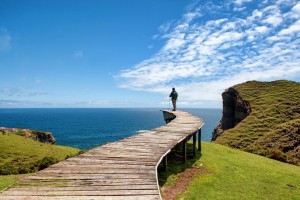 I’ve just come across the Dock of Souls… a lovely artwork. I don’t have an afterlife belief, but I love to hear about traditions connected to death in other cultures and how art continues to reflect and respond to death and beliefs.

I’ve just started a course and find myself among 34 learners from 19 nations. It never fails to confirm my belief in the importance of opening up discussions about death because it’s so central to every single nation, culture, region, village, family.  It’s fascinating to hear what others think about life after death and what death rituals, traditions, myths and legends still hold across the globe.

I’ve just come across this lovely Dock of Souls site-specific work in Chiloe near Chile, thanks to new friend Julie. It’s an art installation that reflects the local culture, traditions and death rituals.

Chiloe is an authentic rural community, rich with folklore and a strong sense of self. The older generation are descendents of the Mapuche people who once dominated this part of the world… their influence resonates in folklore and place names. This generation still holds with old traditions, superstitions and has faith in the storytelling that has passed down the years.

The Mapuche used to bring their dead to Punta Pirulil, cliffs by the sea – the edge of their world, to be carried out on boats to the afterlife or next world. Legend tells of a ferryman who guided the souls of the dead out to sea – for a fee. The Mapuche would place small precious stones next to their dead to pay the ferryman. Souls would make their way to Punta Purilil from inland and would call out for the ferryman. Those who died at sea called on another supernatural sea creature, the Pincoya, a siren, to be carried onwards in their journey.

Like all good legends, not everyone made this important transition. If ferryman (a cantankerous type) refused to take some poor souls, the dead who were left behind lingered on in torment, unable to find rest.  Legend has it that their mournful voices still swirled up from the waves along the rock faces, weeping in sorrow.  (My dad would have explained it’s just sea lions calling, but I like the mystery.) As ever, with a good legend, there’s a warning: if you’re called by these voices, don’t respond.  Your fate if you do… within a year you’ll join the lost souls forever.

Nice piece of info: Charles Darwin was here and learned lots about geology having experienced an earthquake during his visit. The high cliffs here were sheared off in 1960 during the Valdivia Earthquake. It reached 9.5 on the Richter Scale, the most powerful tremor ever recorded.

Now, the Dock of Souls (Muelle de las Almas) art installation leads souls to the sea. Crafted by wood-worker, Marcelo Orellana Rivera, a Chilean sculptor and art professor from Santiago (a key source of visitors for the island) it is designed to reconnect the people with the afterlife; honouring their ancient beliefs.

If you come across any rituals, legends and myths, please share.